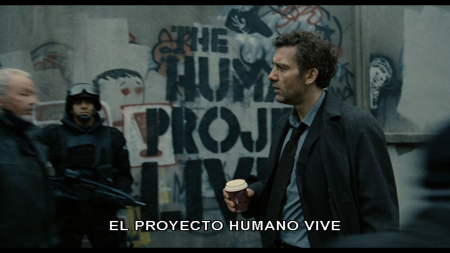 
1st) Screenwriter Craig Shilowiz, who suffered prolonged depressive episodes in his youth, knew the story of Christine Chubbuck when he rode a list of “rare deaths” on Wikipedia while he was documenting to write another script and began to take an interest on Christine because he founded many elements with he felt identified.

That same year, 2007, a documentary series called “Boulevard of broken dreams” was made one of them dedicated to Christine Chubbuck telling her story as well as testimonies from people who knew and worked with her including her brother Greg, which was the first time he had spoken in public about Christine since the event. Craig contacted the producer of the program and they gave him all the documentation they had gathered based on what he himself began to gather more documentation and interview people who knew her for two years.

He tried, based on his own experience, to write the story from the perspective of a woman with these depressive disorders, who works as a journalist and TV anchorwoman in the mid-seventies. The objective was to humanize the character and not only reduce it to the headline we all know trying to explain how to understand why without ever entering into subjectivity.

2nd) Rebecca Hall, did not know the story of Christine Chubbuck and although at first she was not very encouraged to participate in the project because she was somehow shocked by the summary of the content of the script that her agent passed her, she ended accepting and prepared for three months the character, watching movies of the seventies; studying the time and reading many books of mental disorders and suicide but she decided that she would not talk to anyone who had met Christine and she would only based the charater on the work that Craig Shilowiz had performed. She only had a 15-minute video in which Christine Chubbuck conducted an interview on his morning program Suncoast Digest. That same video is the one that is later represented in the film when Christine conducts the hospital zoning interview and decides to include another video at the last moment to better illustrate the news.

3rd) It was ranked as the fourth best film in the “biopic” genre of the last decade.

4th) Many of the pictures that appear in Christine’s room are actually pictures of Christine Chubbuck in her childhood and teenage.

6th) The last song heard in the film, “The Mary Tyler Show” theme it´s sung by Jeane while she is eating ice cream and is a song that Christine Chubbuck said she heard when she was sad. This program was broadcasted from 1970 to 1977 and it was about a single 30-year-old woman who changes her citiy for a disappointment and she ends up working on a TV station and the story presented to us in Christine is like Mary Tyler story would have gone all wrong.

7th) The character of Mike Nelson (Tracy Letts) is based much more on the relationship that Christine had with Bob Nelson, the owner of the station that in the movie is a rather secondary character whose sole purpose seems to be to ignore Christine and give her the “coup de grâce”, which she couldn’t stand because he was really the one who wanted to raise the audience with the morbid.

8th) Mike Simmons, in real life, the news director, was even a couple of years younger than her and did have a strong discussion with Christine three days before she died because he withdrew one of his stories for another from a shooting. During another discussion, with him, Christine raged for some artificial flowers that Mike had put on the set the previous week, she throwing them through the air and shouting: “I won’t have these damned things in my studio.”

9º) The character of Jean Reed (María Dizzia) is a mixture between Jean Reed herself, Andrea Kirby, who was Christine´s best friend or the closest person in her work environment and who in the film is a practically irrelevant character and other colleagues such as true weatherman, Steve Newman, who was something like an intern, was only 19 years old and Gordon Galbraith, a station technician who was responsible for that last video of the shooting was stuck and witnessed the facts from the control room as seen in the movie with the character of Steve Turner, the weatherman

10º) Despite her daughter’s problems, Peg Chubbuck decided not to say anything about Christine´s situation on the station for fear she was fired. Christine Chubbuck had attempted suicide in 1970 through an overdose of pills and had been suffering from depressive problems since teenage.

11º) After shoot herself, many of Christine’s partners thought it was a heavy and macabre joke, as shown in the movie.

12º) Actually, for Christine Chubbuck, the fact of being a virgin about to turn thirty did not seem to be a cause for shame, in fact she used to say it without any hesitation and even one time, while they´re doing a joke informative, something like an essay, she presented herself as “Pristine Buttocks” saying something like: “Good morning, this is” Pristine Buttocks “and this are the news”.

13º) It is true that Christine Chubbuck had gynecological problems in fact her right ovary was removed, but it was in the summer before her death. The doctors told her that if she didn’t get pregnant in the next couple of years, he probably wouldn’t be able to be a mother.

15º) Christine Chubbuck’s relationship with George Peter Ryan, he was actually called “Georgeus George”, was not exactly as the movie shows. Although they had been working together for almost a year at the beginning they did not like each other. George had quite a few personal problems saying that Christine was unattractive, very professional and competitive, that she did her job very well the same as or better than a man and that she found her “like a pain in the ass” and Christine even seemed to hate him but then George started to practice “T. A” and improved, he even wanted Christine to try it but she was reluctant. The last six months in which they worked together began to “stand” and have some friendship. Christine Chubbuck fell in love with George Peter Ryan and confessed to her best friend Andrea Kirby that he was the right man to have a relationship and solve her problems. Christine Chubbuck made a cake for him on George’s 30th birthday, at the end of June, and hinted him that she wanted to have a relationship but he rejected her. Shortly after Christine discovered that George and Andrea were having an affair and that Andrea would leave for work in Baltimore in a short time leaving her without her main support.

16º) Actually Christine Chubbuck had two serious romantic relationships throughout her life. The first one, when she was 16 years old and her boyfriend 23 ended tragically when he died in a traffic accident and the second one, when Christine was 21 years old ended because her father objected since Christine’s partner was older than her and also Jewish.

17º ) Three weeks before her death, Christine asked permission at the station to make a report about suicide, when they gave green lightl she went to the police station and asked about the methods of suicide. The officer who attended her told Christine that he would use a 38-caliber revolver with “Wadcutter” bullets (hollow-tipped) that exploded at contact disintegrating inside the body causing a lot of internal damage and he won´t shoot in the temple but in the skull base to make sure it would succeed.

18º) In the middle of the story, Christine is home alone watching a 1962 movie titled “Carnival of Souls” in which a woman, a professional organist, after suffering a traumatic experience of a traffic accident and being the only survivor, moves to another city to start over but she begins to inexplicably become obsessed with the ruins of an abandoned amusement park in the town and be harassed by what she looks like ghosts as well as hallucinations in which no one hears her, even as if she did not exist, with which the woman begins to have strange and hysterical behaviors becoming fired from her job and rejected by her surroundings. It may be coincidence but the plot of this film coincides quite with the story of Christine.

19º) In 1976 the movie “Network” directed by Sydney Lumet and starring Faye Dunaway and Peter Finch (who won the Oscars, in the case of the posthumous actor) was directly or indirectly inspired by the story of Christine Chubbuck and it digs into the fact of prostituting journalism by turning it into a product to earn money and incidentally manipulate the masses through television.

20º) The same year of the premiere of Christine, 2016, another film was presented on the same theme entitled “Kate plays Christine” in which actress Kate Lyn Sheil tries to document herself to play Christine Chubbuck in an alleged film about her visiting authentic places in Those who Christine worked, lived, talking with people who knew her without understanding her motivations. The director of the film Robert Greene said in an interview that his film was about demonstrating the impossibility of making a film about Christine Chubbuck. (At least in documentary terms).

21º) The journalist Sally Quinn published in August 1974 the famous Christine Chubbuck´s article in which she exposes in a quite complete way the circumstances of her. It was titled: Christine Chubbuck. 29. Good looking. Educated A television personality. Dead. Live and in color.

22º) Tracy Letts, the actor who gives life to Mike Nelson brilliantly, is also a writer and in 2008 he won the Pullytzer Prize for “August: Osage County” from which he made a film of the same name in 2013, starring Meryl Streep, Julia Roberts and Ewan McGregor among others.

23º) In 2003, the writer Christopher Sorrentino published a short story about Christine Chubbuck entitled “Condition” in number 40 of the magazine “Conjunctions” in which he used Cooper’s color test as shown as the film.